•             Adam is a very successful 15-year-old student and athlete. His mother brings him in today because he no longer studies, works out, or sees his friends. This has gone on for a month and a half. When you speak with him alone in the room, he states it “would be better if I was not here.” What would you do next?

•Tell him that he has a very promising career in anything he chooses and soon he will feel better.

•Tell him that he needs an antidepressant and it will take about 4 weeks to work.

•Speak with his mother about getting him together more with his friends.

•Mr. Chin is an 82-year-old man who presents to your office for a routine check. On examination, you notice a somewhat high-pitched murmur in the second right intercostal space during systole. It does not radiate and the rest of his examination is normal for his age. Which is true of the most likely cause of this murmur?

•It carries with it increased risk for cardiovascular disease.

•It is usually accompanied by an S3 gallop.

•It is found in 10% of otherwise normal elderly patients.

•Mrs. Fletcher complains of numbness of her right hand. On examination, sensation of the volar aspect of the web of the thumb and index finger and the pulp of the middle finger are normal. The pulp of the index finger has decreased sensation. Which of the following is affected?

•You are assessing a patient for peripheral vascular disease in the arms, secondary to a complaint of increased weakness and a history of coronary artery disease and diabetes. You assess the brachial and radial pulses and note that they are bounding. What does that translate to on a scale of 0 to 3? 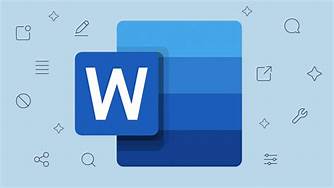 •A 70-year-old retired auto mechanic presents to your office because his neighbor is concerned about his memory. The patient himself admits to misplacing his keys more often and forgets what he is supposed to buy from the grocery store and where he has parked the car. He denies getting lost in familiar places. Upon further questioning, he states that his wife of 40 years died 8 months ago; his three children live in three different states; and he has limited his activities because the people he interacted with were “his wife’s friends, not his.” He drinks a six-pack of beer daily; he does not smoke or use illicit drugs. You perform a mini-mental state examination and obtain a total score of 24 out of 28. Based on this information, what is the most likely condition?

•You are screening people at the mall as part of a health fair. The first person who presents for screening has a blood pressure of 132/85. How would you categorize this?

•A 17-year-old high school senior presents to your clinic in acute respiratory distress. Between shallow breaths, he states he was at home finishing his homework when he suddenly began having right-sided chest pain and severe shortness of breath. He denies any recent traumas or illnesses. His past medical history is unremarkable. He doesn’t smoke but drinks several beers on the weekend. He has tried marijuana several times but denies any other illegal drugs. He is an honors student and is on the basketball team. His parents are both in good health. He denies any recent weight gain, weight loss, fever, or night sweats. On examination you see a tall, thin young man in obvious distress. He is diaphoretic and is breathing at a rate of 35 breaths per minute. On auscultation, you hear no breath sounds on the right side of his superior chest wall. On percussion, he is hyperresonant over the right upper lobe. With palpation, he has absent fremitus over the right upper lobe.

What disorder of the thorax or lung best describes his symptoms?

•When assessing the lung fields, what does the technique of percussion look for?

•Which of the following events occurs at the start of diastole?

•Closure of the tricuspid valve

•Opening of the pulmonic valve

•Closure of the aortic valve

•A pregnant woman finally presents in for her prenatal checkup. She complains today of headache and abdominal pain of several months’ duration. She appears somewhat hurried or nervous. What question would you ask next?

•Do you have a family history of thyroid disease?

•Have you been eating properly and taking a prenatal vitamin?

•Do you feel safe at home?

•How much activity have you been able to fit into your schedule?

•You are a student in the vascular surgery clinic. You are asked to perform a physical examination on a patient with known peripheral vascular disease in the legs. Which of the following aspects is important to note when you perform your examination?

•Mrs. Fletcher presents to your office with unilateral pain during chewing, which is chronic. She does not have facial tenderness or tenderness of the scalp. Which of the following is the most likely cause of her pain?

•Tumor of the mandible

•On the way to see your next patient, you glance at the calendar and make a mental note to buy a Mother’s Day card. Your patient is Ms. Hernandez, a 76-year-old widow who lost her husband in May, 2 years ago. She presents today with complaints including headaches, abdominal pain, and general malaise. This happened once before, about a year ago, according to your detailed office notes. You have done a thorough evaluation but are unable to arrive at a consistent picture to tie these symptoms together.

This is an example of a:

•Which of the following is most likely benign on breast examination?

•Dimpling of the skin resembling that of an orange

•One breast larger than the other

•One breast with dimple when the patient leans forward

•A 55-year-old secretary with a recent history of breast cancer, for which she underwent surgery and radiation therapy, and a history of hypertension presents to your office for a routine checkup. Which of the following aspects of the physical are important to note when assessing the patient for peripheral vascular disease in the arms?

•A 58-year-old teacher presents to your clinic with a complaint of breathlessness with activity. The patient has no chronic conditions and does not take any medications, herbs, or supplements. Which of the following symptoms is appropriate to ask about in the cardiovascular review of systems?

•You are obtaining an arterial blood gas in the radial artery on a retired cab driver who has been hospitalized in the intensive care unit for a stroke. You are concerned about the possibility of arterial insufficiency. You perform the Allen test. This means that you:

•Checked for patency of the popliteal artery

•Checked for patency of the brachial artery

•Checked for patency of the ulnar artery

•Checked for patency of the femoral artery

•Ray works a physical job and notes pain when he attempts to lift his arm over his head. When you move the shoulder passively, he has full range of motion without pain and there is no gross swelling or tenderness. What type of joint disease does this most likely represent?

•A 62-year-old construction worker presents to your clinic complaining of almost a year of chronic cough and occasional shortness of breath. Although he has had worsening of symptoms occasionally with a cold, his symptoms have stayed about the same. The cough has occasional mucous drainage but never any blood. He denies any chest pain. He has had no weight gain, weight loss, fever, or night sweats. His past medical history is significant for high blood pressure and arthritis. He has smoked two packs a day for the past 45 years. He drinks occasionally but denies any illegal drug use. He is married and has two children. He denies any foreign travel. His father died of a heart attack and his mother died of Alzheimer’s disease. On examination you see a man looking slightly older than his stated age. His blood pressure is 130/80 and his pulse is 88. He is breathing comfortably with respirations of 12. His head, eyes, ears, nose, and throat examinations are unremarkable. His cardiac examination is normal. On examination of his chest, the diameter seems enlarged. Breath sounds are decreased throughout all lobes. Rhonchi are heard over all lung fields. There is no area of dullness and no increased or decreased fremitus.

What thorax or lung disorder is most likely causing his symptoms?

•You are going to obtain a social history on an early adolescent boy. How should you proceed to obtain the best information?

•Ask his mother to leave the room.

•Ask if he would prefer his mother to leave the room.

•Ask your questions with his mother in the room.

•Ask his mother how she would like to proceed.

•A patient presents with claudication symptoms and diminished pulses. Which of the following is consistent with chronic arterial insufficiency?

•Hyperpigmentation of the skin

•A patient presents with claudication symptoms and diminished pulses. Which of the following is consistent with chronic arterial insufficiency?

•Hyperpigmentation of the skin

•A 75-year-old retired teacher presents to your clinic complaining of severe, unrelenting anterior chest pain radiating to her back. She describes it as if someone is “ripping out her heart.” It began less than an hour ago. She states she is feeling very nauseated and may pass out. She denies any trauma or recent illnesses. She states she has never had pain like this before. Nothing seems to make the pain better or worse. Her medical history consists of difficult-to-control hypertension and coronary artery disease requiring two stents in the past. She is a widow. She denies any alcohol, tobacco, or illegal drug use. Her mother died of a stroke, and her father died of a heart attack. She has one younger brother who has had bypass surgery. On examination, you see an elderly female in a great deal of distress. She is lying on the table, curled up, holding her left and right arms against her chest and is restless, trying to find a comfortable position. Her blood pressure is 180/110 in the right arm and 130/60 in the left arm, and her pulse is 120. Her right carotid pulse is bounding, but the left carotid pulse is weak. She is afebrile but her respirations are 24 times a minute. On auscultation, her lungs are clear and her cardiac examination is unremarkable. You call EMS and have her taken to the hospital’s ER for further evaluation.

What disorder of the chest best describes her symptoms?

•You note a painful ulcerative lesion near the medial malleolus, with accompanying hyperpigmentation. Which of the following etiologies is most likely?

•You notice a patient has a strong pulse and then a weak pulse. This pattern continues. Which of the following is likely?

(preview of the tutorial; some sections have been intentionally blurred)